Visitors flocked to Walt Disney World in Orlando and waited up to four hours for one last ride on Splash Mountain before the popular attraction closed for good on Sunday.

Fans waited in line for a record 220 minutes, according to Thrill Data, a website that tracks wait times at attractions and theme park rides.

The information was cited by news site Deadline.

The previous record for the longest wait time to go to Splash Mountain was 210 minutes, set in 2020, according to Thrill Data.

Walt Disney World has retired Splash Mountain, which will be replaced by Tiana’s Bayou Adventure, based on the 2009 film “The Princess and the Frog.” The new ride is expected to be unveiled in late 2024.

Those who made the final lap were said to be Disney “cast members” – or park employees.

As the ride made its way to its final stop, visitors cheered as they recorded the historic moment.

Last month, Disney announced it would be retiring 33-year-old Splash Mountain following criticism that the ride and the film it is based on, 1946’s ‘Song of the South’, had ” racist undertones”.

“Song of the South,” a live-action, animated musical drama set on a Georgia plantation, has been criticized by some for offering a romanticized view of the South during Reconstruction.

Tap on the right side of the screen below to watch this web story: 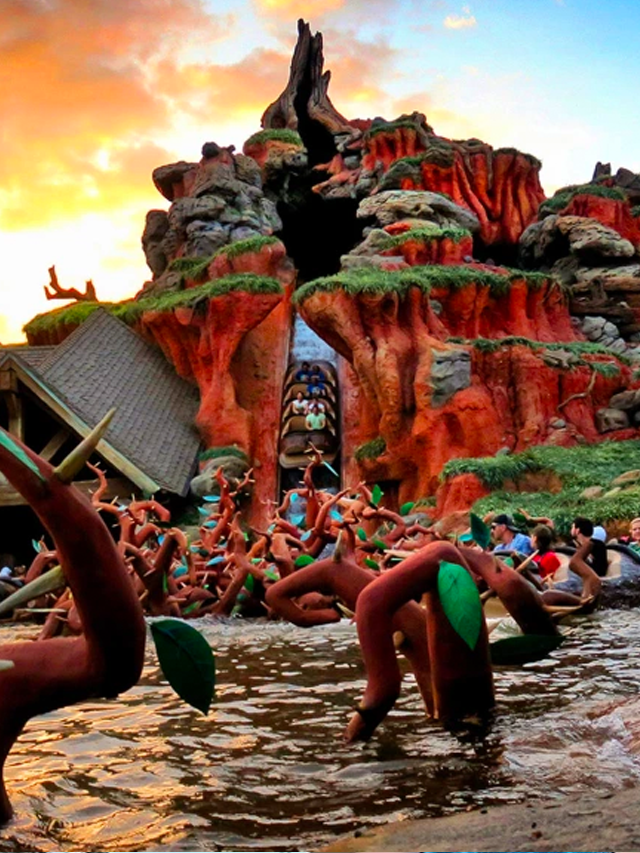 In March 2020, Disney CEO Robert Iger said the film would not be available for viewing on the Disney+ streaming service, saying its “outdated cultural representations” made the film “inappropriate in the world of today”.

Disney has decided to “re-theme” its Splash Mountain ride into one that pays homage to New Orleans history and heritage.

Tiana’s Bayou Adventure will offer visitors a chance to “join Princess Tiana and jazz-loving alligator Louis during the Mardi Gras season as they prepare to throw a one-of-a-kind celebration for the people of New Orleans. “said a Disney representative.

Some Disney fans are looking to cash in on Splash Mountain’s closure. Sellers on eBay were offering what they claimed was “Splash Mountain Water” in four-ounce jars for $149 each. Purchase price includes free shipping.

While Splash Mountain is no longer at Disney World, visitors can still take the ride at Disneyland in Anaheim.

The park has given no indication when it plans to close the ride there.