The yellow is on him.

Jimmy Fallon has mocked James Corden’s infamous beef with Balthazar owner Keith McNally, claiming he was the one who sabotaged the late-night host’s meals.

“I shouldn’t have egged that hair on James, but I thought it was funny at the time,” he told Page Six at the American Museum of Natural History gala on Thursday. evening.

“I’m just over tipping,” he said, ensuring he doesn’t find himself in the same limelight as Corden, 44.

Fallon’s joke comes a month after McNally called Corden “the most abusive” customer he’s had since the hotspot opened over two decades ago.

McNally claimed Corden berated staff after his wife’s eggs weren’t cooked to her liking during brunch.

Although the talk show host initially wanted to ‘take a British attitude’ and ‘never complain, never explain’, he admitted he had been ‘mean to the waiter’.

“Because I didn’t yell or yell – like I didn’t get up from my seat, insult anyone or use derogatory language – I walked around thinking I didn’t do anything wrong. wrong, okay?” Cord explained. “But the truth is I have.

“I made a rude comment,” the “Late Late Show With James Corden” host continued. “And it was wrong. It was a pointless comment.

As for Fallon, the “SNL” alum shared that his daughters, Winnie, 9, and Frances, 7, are thriving. 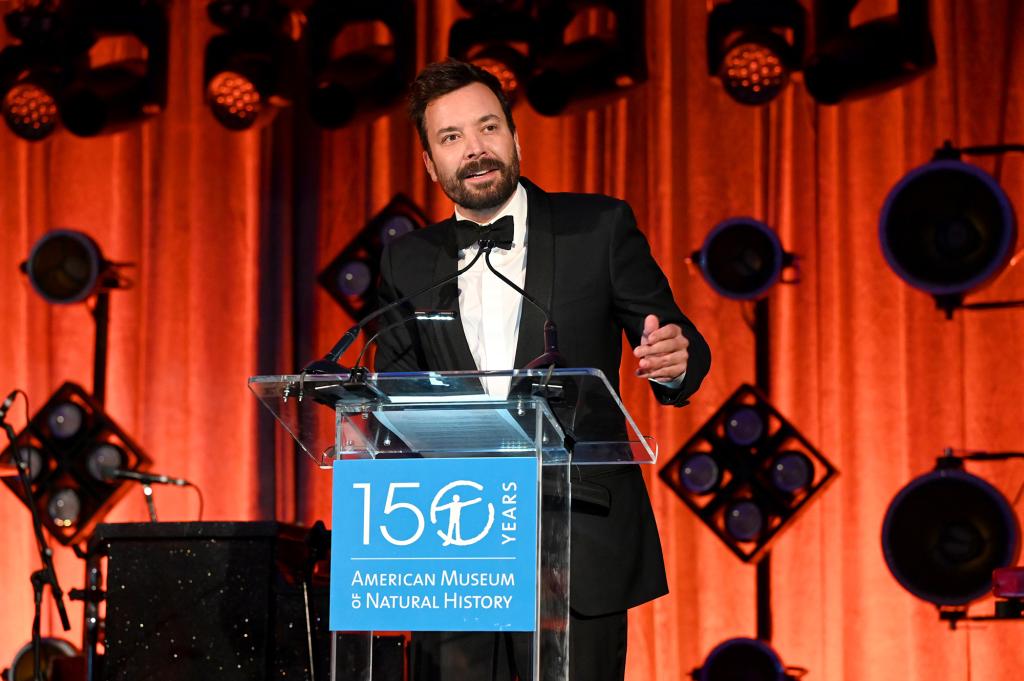 Getty Images for the American Museum 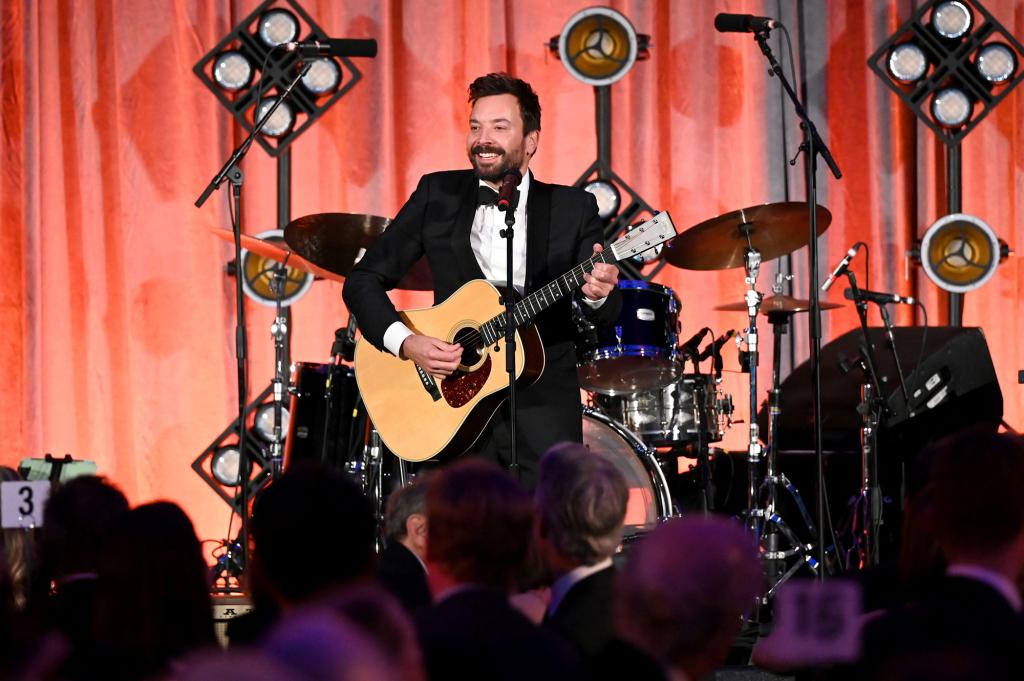 Getty Images for the American Museum

The couple hit up Stubborn Seed for a ‘casual’ private dinner…

Fallon added that Frances wants to be a pop singer while Winnie has set her sights on a literary career.

“So she writes books like, you know, 10 paragraphs, but it’s amazing. She wrote one called ‘The Magic Garden,'” he explained.

“I didn’t tell her there was a show called ‘The Magic Garden,'” he joked. “But we are currently in litigation. She is being chased. I hope my daughter doesn’t go to jail. No matter. She will serve a prison sentence and be released. She will learn her lesson.

He opened the evening with a monologue of holiday songs sung in the style of Mick Jagger, Bob Dylan, Bruce Springsteen and David Bowie. Grammy-nominated singer Brandi Carlisle also performed her hits, including “You and Me on the Rock,” with Steve Martin accompanying her on banjo.

The evening raised over $2.5 million, with proceeds going to support the Museum’s educational and scientific programs.